My first paying  job in this field was in 2005 with a wonderful small company in East London called DC Mediation. 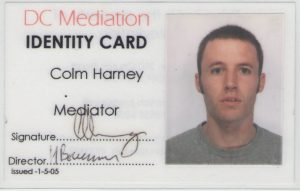 We received neighbour disputes from local councils that they were unable to resolve – our job was to meet with the disputing parties with the aim of getting them to sit around a table and resolve the dispute through mediation.

We had remarkable success rates managing all sorts of issues (ranging from noise/ boundaries to accusations of violence, mental illness, drug abuse and racism) through mediation – in a nutshell, facilitating the parties to communicate in a civil manner with each other.

On moving to Perth in 2007 I continued to work part-time as a mediator – this time for a government organisation called HaDSCO which receives complaints from the public about Healthcare Providers.

Again, we encouraged the parties to resolve the issues through negotiated settlement or mediation – disputes ranging from accusations of overcharging to deaths of loved ones in hospital.

Throughout all of these, often life-consuming, disputes the one key theme was a break down in communication – when we could turn that around through enabling effective communication then many previously stubborn issues seemed to dissolve from the conflict.